I made a simple webpage this weekend to demonstrate how stereotypes can be self-reinforcing.  For me it was an exercise in making a kind of infographic.  It's not exactly an infographic since I don't actually use any real data.  It's more about learning the relationship between mental models and outcomes, which I think of as the "underlying system."

I would like to add some "exercises" at some point to guide people in playing with the assumptions.

I would also like to link to statistics and studies about racial profiling.  I didn't start with those because I believe that understanding the underlying system is a prerequisite for understanding empirical studies.
Posted by mirthbottle at 1:14 PM No comments:

Debate About Fairness of the Stock Market

It's Brad Katsuyama, the founder of IEX, a new exchange that touts itself as being more fair for investors.  Michael Lewis joins him in defending what he wrote in Flash Boys.  On the attack on behalf of HFT is Bill O'Brien, then president of the BATS exchange.

Since the debate, the BATS exchange had to issue a statement correcting something O'Brien said, and O'Brien has gotten fired.

Posted by mirthbottle at 3:42 PM No comments:

Ferguson: Lighting a Match in a Gas-Filled Room

What is the cause?  The person who lit the match or the broken stove that filled the room with gas or maybe the person who neglected to maintain the stove? 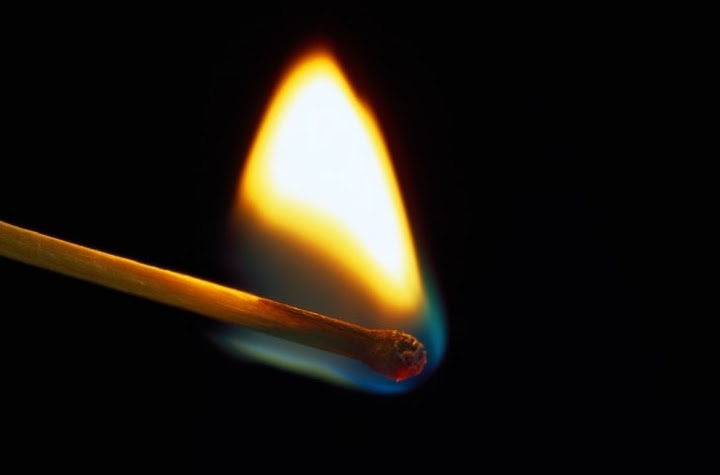 On August 9, a police officer shot and killed a teenager who was unarmed.  Officer Darren Wilson was white and Mike Brown was black.  Originally stopped because of jay-walking, he eventually gets shot dead in unclear circumstances.  Some witnesses say (and I'm more likely to believe for the record) that he initially ran away but then turned around to surrender with his hands in the air), while others claim that he had assaulted the police officer.  Since then there have been many protests organized by black communities all over the country as well as counter-protests.

I grew up in St. Louis in a mostly white community so I'm very familiar with the perspective of many white Americans.  It definitely bothers me that many white and Asian Americans do not understand why black Americans are upset.  I think it comes down to not understanding how stereotyping can lead to systematic injustice.  In other words, assumptions about other people can be self-fulfilling prophesies.  In fact, you will even reinforce stereotypes about yourself.

Everyone makes assumptions about other people, and it is often a useful practice.  You don't have to put as much effort into finding people who will appreciate your jokes, potential customers, employees who have the skills you need, etc.  However, just because it's less effort doesn't mean it's fair.

There are in fact more men in engineering than women.  When you meet a woman at a party, and she says she works in the tech industry, you assume she works in marketing or HR.  Statistically speaking, you will be right probably at least 70% of the time.  If it's a man, you'd probably ask what he works on since it could reasonably be anything.  For a woman, you might not bother if you already think you know the answer.  You may even be embarrassing her or yourself if you do.  As a result, if you're looking to hire an engineer, women will be even less represented in your mind's eye than they even really are.  In fact, if you're recruiting you might not even bother talking to her because hey, you're busy and trying to find someone with the least amount of effort, which is a logical thing to do.

For blacks of course it's even worse, especially if they don't dress like most other white people.  (You might think, "Why don't they just change how they dress?"  Well, they grew up dressing a certain way because their friends dressed that way when they were growing up.  Maybe they like the way they look!)

As a result, anyone who is already underrepresented in an obvious way (race or gender) is less likely to get opportunities and more likely to meet resistance compared to whatever the majority is.  That is unfair.  This is how stereotypes can lead to systemically racist and sexist procedures.

This is why people object to racial profiling.  Yes, it would even be "efficient" if the actual rates of perpetration among minorities and whites are actually different, which is not necessarily true.  I don't actually have the statistics on this.  However, minorities will be even more over-represented among perpetrators than their base rate because the rate of catching them will be higher.  Furthermore, it is definitely unfair to the rest of the minorities who are much more likely to be harassed as well as fined.

Finally, there are many reasons why we have stereotypes.  Some of them do have something to do with reality, but everyone should also recognize that our brains are made for pattern recognition.  Even if something is completely random, your brain will try to come up with an explanation.  This is a problem for any minority because the few that you meet end up setting up your expectations for all of them.  If a minority or a woman makes a mistake at work, everyone including women tends to think, "wow, that woman made a mistake."  If a white guy makes a mistake, "you think, oh, dan (this particular guy) made a mistake."

I first became very aware of my own privilege in middle school.  I grew up in an upper middle class area where most people were white.  However, a large number of black kids from the city were bused in.  Sometimes I would wander around outside of class, sometimes for a good reason, sometimes for no good reason.  I would occasionally even leave the school.  Very very rarely would anyone ask me where I was going or why I was playing games in the computer lab.  This was even when I was wearing extremely baggy clothes with large holes in them.  If one of the black kids were outside of class, though, they would always be stopped and interrogated.  On the one hand, maybe it is really more detrimental to their education.  On the other hand, by not ever being questioned, I'm clearly benefiting from my reputation as well as the reputation of nerdy Asians.

Stereotyping has been routinely making black Americans feel like they're being picked on.  If they make any mistakes or act up they are reinforcing the stereotype.  They can't complain about it or else they're playing the "race card."  Exacerbating this is that many white Americans don't interact much with minorities so they are blissfully unaware about the issues. This has caused escalating racial tensions across America, which exploded into protests last month.  Any mistake in the logic of black protesters or rioting gives many white Americans reason to dismiss their grievances entirely.  Hopefully, there has actually been some productive dialogue as well.

I am not immune to stereotyping.  But at the same time, I'm not going to defend myself and say I'm always fair.  We should all acknowledge that making sure things are fair is difficult.  It may even be impossible to be completely fair, but we should still try to stop adding fuel to the fire.  We should keep thinking of ways to make things more fair.

Posted by mirthbottle at 3:45 PM No comments:

I asked Jamie O'Connell, a law professor at UC Berkeley, whether it is well known that in the US it is extremely difficult for shareholders to successfully sue a corporate board in the US for violating fiduciary duty.  Basically, a corporate board that is accused of violating their fiduciary duty to maximize shareholder value can always rely on the "business judgment rule" in court.  Shlensky v. Wrigley seems to be the case that is cited most often to demonstrates this principle.  Professor O'Connell said that among corporate lawyers and among lawyers generally, it's very well-known.  This surprises me because this does not seem to be well-known among MBA's or undergraduate business majors.  Professor O'Connell himself is a human rights lawyer, though, so he may be particularly familiar with this.

At the same time, corporate managers that don't maximize profit are likely to lose their bonuses and even their jobs.  Shareholders can and do campaign to fire board members they don't like.  Usually the imperative to maximize shareholder value is enforced this way.
Posted by mirthbottle at 11:26 PM No comments: