Survival and a cat dream

For some reason the humans had to run away.  We were on some really large planet/world that was inhabited by other advanced species, though.  I was part of a group of 6 friends.  We went to some place that was like a desert with a lot of rocks.  It was kind of like Arizona. We then found a place that was inhabited by some advanced species/alien race.  We went in a deserted house, and some of the lights turned on but not all of them.  I went into a bathroom that had a shower and had a lot of stainless steel.  You needed special permissions to turn on additional lights or to use the shower.  I tried to turn on the shower anyway, and then alarms went off so we had to run away again back to the desert.  Then we came across some more greenery.  It was an area inhabited by yet another species.  They looked like humans so we realized we could blend in.  We then went to a restaurant/motel, and our server was a woman who was being really friendly and explaining about the relationship between their species and the humans.  The restaurant was a series of wooden booths that had cushioned seating around a large square wooden table.  It was sort of like a covered patio.  After eating, I laid back and fell asleep.  I pooped my pants in my sleep (in my dream not real life) and was trying to figure out how to get up and go to the bathroom inconspicuously.  But then a cat came and walked all over me.  I pet it even though I was still asleep (in my dream).  The cat sat down next to my head and was purring.  It felt so real that I opened my eyes in real life to check if there was a cat, but there wasn't.

I need to draw the different scenes at some point.
Posted by mirthbottle at 3:58 PM No comments:

The SFO airport has a fun recology exhibit in Terminal 3!

Posted by mirthbottle at 9:52 PM No comments:

Data Analysis in the Public Sector

NYC mayor's geek squad uses Bayesian statistics for policymaking and enforcing existing policies.  I think it would be the kind of job I might want to do after I graduate, or at least the kind of role I'd like to play.

Actually I'm taking a class right now on Decision Analysis, where the data analysis described in the article is only one step of a decision analysis process.  I think it can provide a lot of good guidance on how to approach problems, although I don't think it has been used very much in the public sector.
Posted by mirthbottle at 12:19 PM No comments:

I Don't Always Get Smashed...

new fav gin is the Botanivore from St. George's Distillery.  actually my roommate laureli introduced us to St. George's Distillery in Alameda.  we went on a distillery tour, and they had us try this.  it's really really good to drink straight.  my friend says that the Terroir is even better if you like the aromatic botanicals, which i DO. 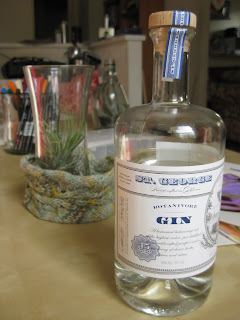 Posted by mirthbottle at 2:18 PM No comments:

Alicia and I are throwing a dinner party next Wed, and I just made a little poster for it!  We used to be roommates, and we named it Fly House Fly. 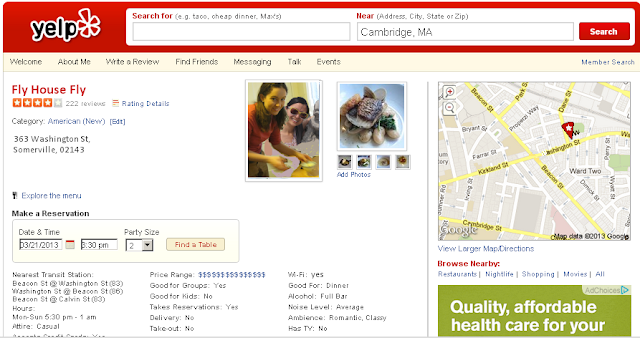 Posted by mirthbottle at 1:54 PM No comments:

I first found out about airplants last year, and I thought that they were pretty cool, but I didn't think much of them.  Lately I've been seeing them around a lot, and I'm inspired to get more of them and stuff them into random containers.  It's just nice to have plants around the house, and plants that don't even need dirt seem like they could be easy enough for me... 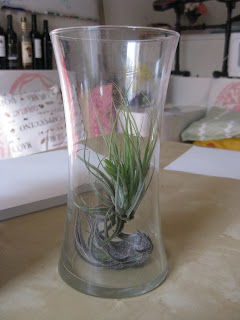 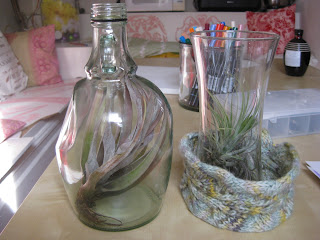 Portrait of the Air Plant as a Young Plant 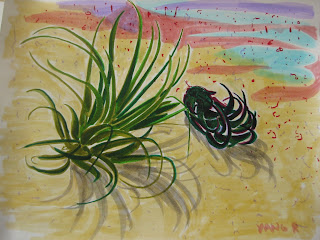 Posted by mirthbottle at 6:07 PM No comments: 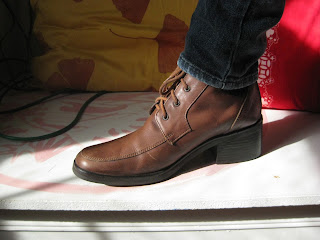 From a consignment store near my house.
http://www.jamesrowlandshop.com/
Posted by mirthbottle at 9:54 PM No comments:

GG Boutique sells fancy plant things.  Before I could figure out what the name was, I called it "the terrarium place."  It's like mid-upscale hippie design, which is like yuppie + hippie = yippie!  Very Berkeley (or maybe NorCal in general). 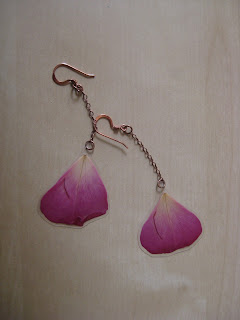 I got some laminated flower petal earrings there.  They're by this person.  http://www.etsy.com/shop/IMPRESSEDbynature

I like 'em.
Posted by mirthbottle at 7:25 PM No comments:

I just watched "The Breakfast Club" today.  In it, Alice says "When you grow up, your heart dies" because they all thought adults were heartless and apathetic.  I thought it was funny because I remember that sentiment, but now I feel that we were all so hormonal.  Now when I see kids I just think they're being insane.  Furthermore, I usually think that a lot of adults are insane and overly sensitive.  In high school we might have considered those same people "robotic" and "heartless."

I enjoyed it.  The movie shows that each person is really a good person at heart, and they would really all get along if the societal barriers (of high school) could be broken down.  It's just all a misunderstanding!  I don't know about all that, but it's true everyone is so focused on their own problems in high school, it's hard to imagine that other people might think you have it easy and that they just don't want to be friends because they think you couldn't relate to their problems.  Even when people accuse each other of being insecure, it doesn't come out of a place of understanding or empathy.  It's more like glee that someone else is insecure.  And actually...adults probably don't act that different, either.  We're just larger, uglier, more stubborn, and more apathetic about what other people think than we used to be.
Posted by mirthbottle at 9:51 PM No comments:

Whooo new layout!  I hope to resurrect this blog with updates on work, graduate school, art projects, and of course rants.
Posted by mirthbottle at 7:24 PM No comments: