The Legacy of Slavery

The Atlantic has published another great article by Ta-Nehisi Coates called "The Case for Reparations."

The wealth gap and continued segregation of African Americans is the legacy of centuries of exploitation by white Americans.


"When we think of white supremacy, we picture Colored Only signs, but we should picture pirate flags."

The exploitation starts with slavery but continues via housing practices and other predatory activities.  In the meantime it seems like the continued de facto segregation is causing all non-African Americans to be completely ignorant of and detached from African American communities.  They point to the handful of successful black Americans as proof that racism is no longer an issue rather than correctly recognizing them as the exceptional.


"...They ignore the long tradition of this country actively punishing black success"


"Some black people always will be twice as good. But they generally find white predation to be thrice as fast."


"...for all our exceptional ones, for every Barack and Michelle Obama, for every Ethel Weatherspoon or Clyde Ross, for every black survivor, there are so many thousands gone."


Coates' article calls for passing HR 40, the Commission to Study Reparation Proposals for African Americans Act, a bill by Congressman John Conyers Jr., who represents the Detroit area. The commission would study slavery and its lingering effects as well as recommendations for “appropriate remedies.”

I really hope people read this, including immigrants who need a deeper understanding of the historical context for the social issues in the US.

Even though I am fairly aware of many problems black Americans face, I was jarred by the specifics detailed in the article.  It highlights the importance of having patience for people you don't understand and communities you aren't immersed in.  Also, the article illustrates that many problems are systemic just as fairness is systemic.  One person's success or failure cannot prove that America is finally fair or not.  America will be fair only when a person gets as much encouragement, opportunities regardless of their race, class, or gender, but also no more likely than the next to get swindled or judged.

Posted by mirthbottle at 4:07 PM No comments: 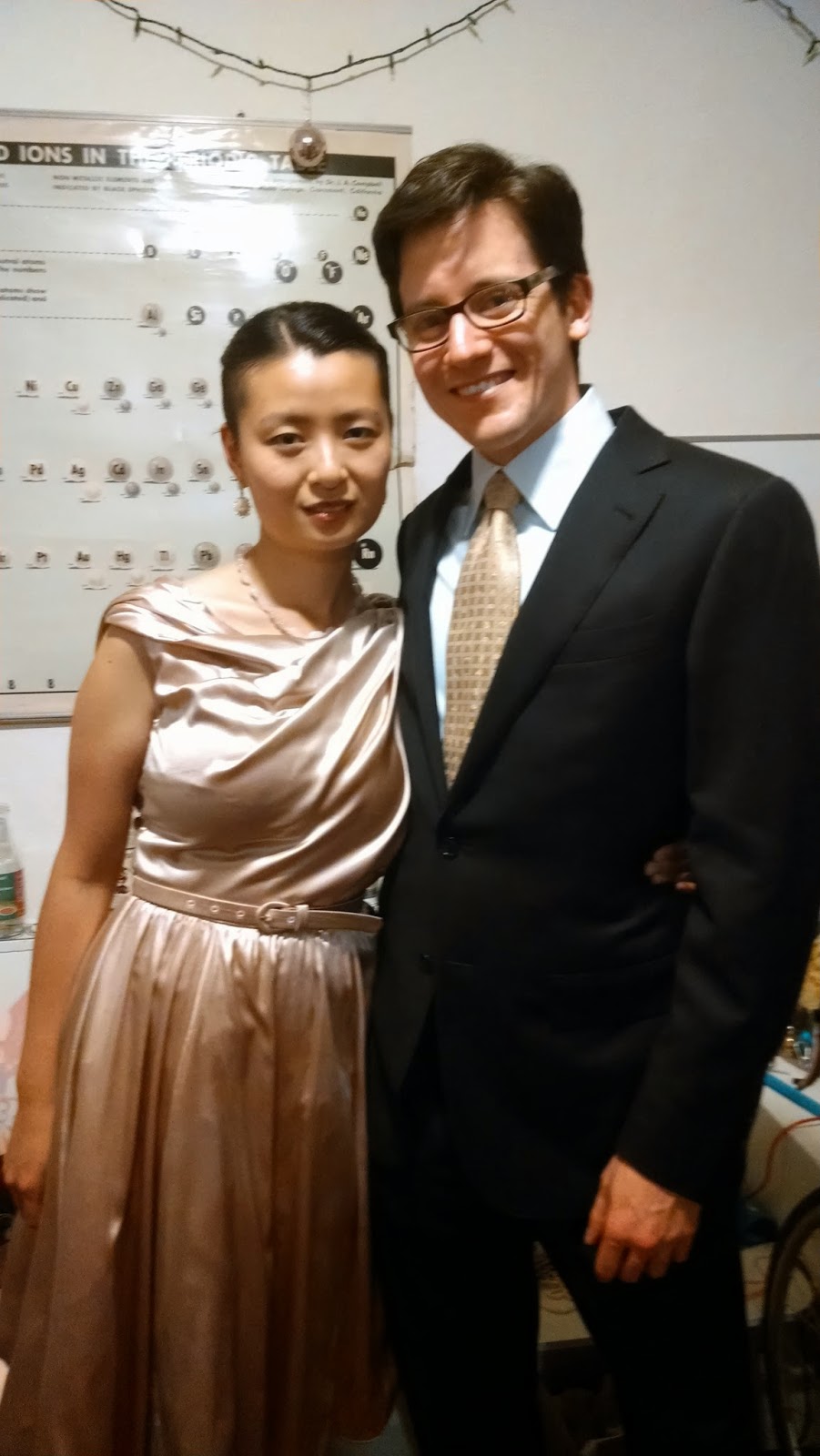 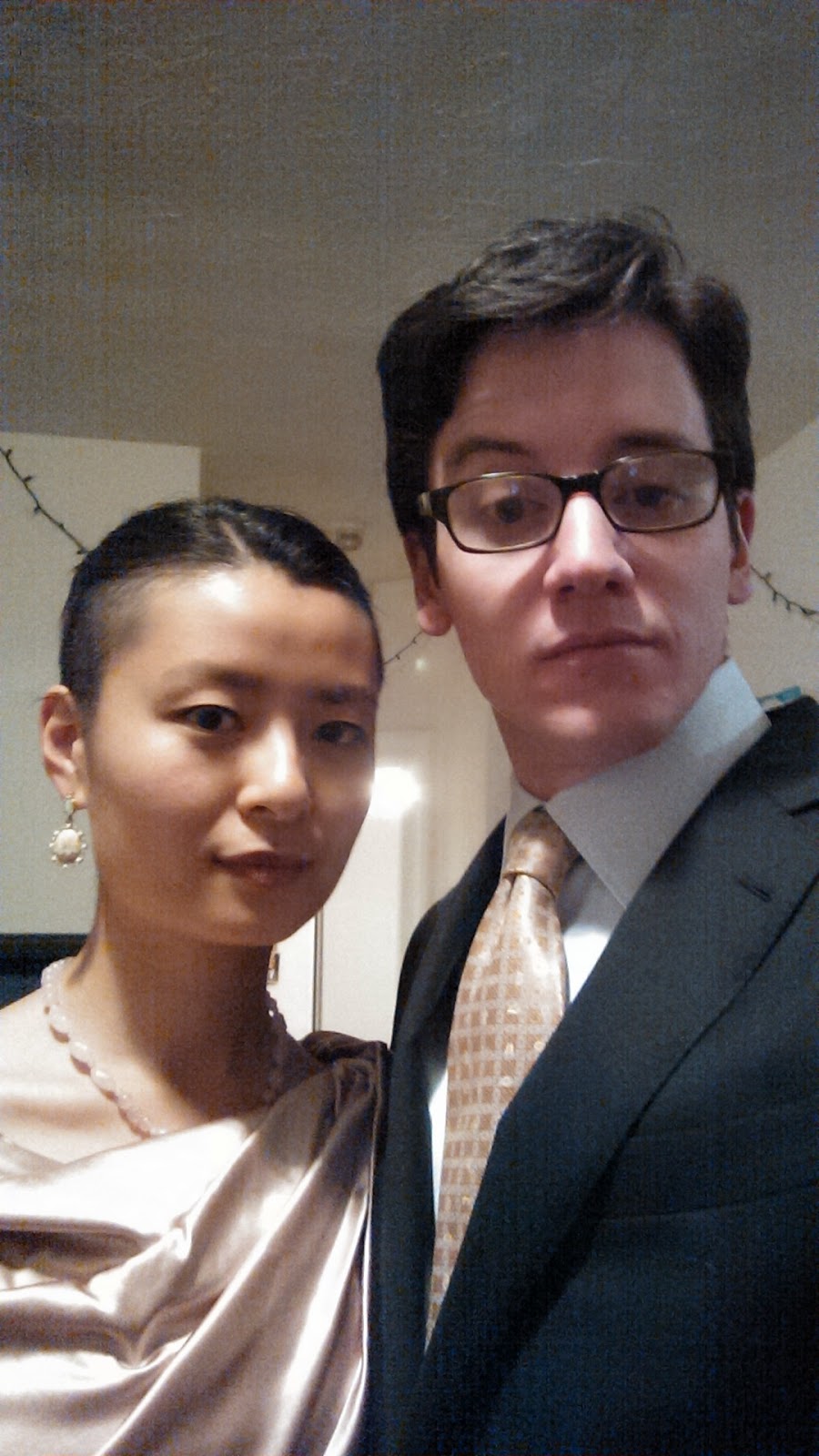 Mark and I dressed up for a friend's birthday party! 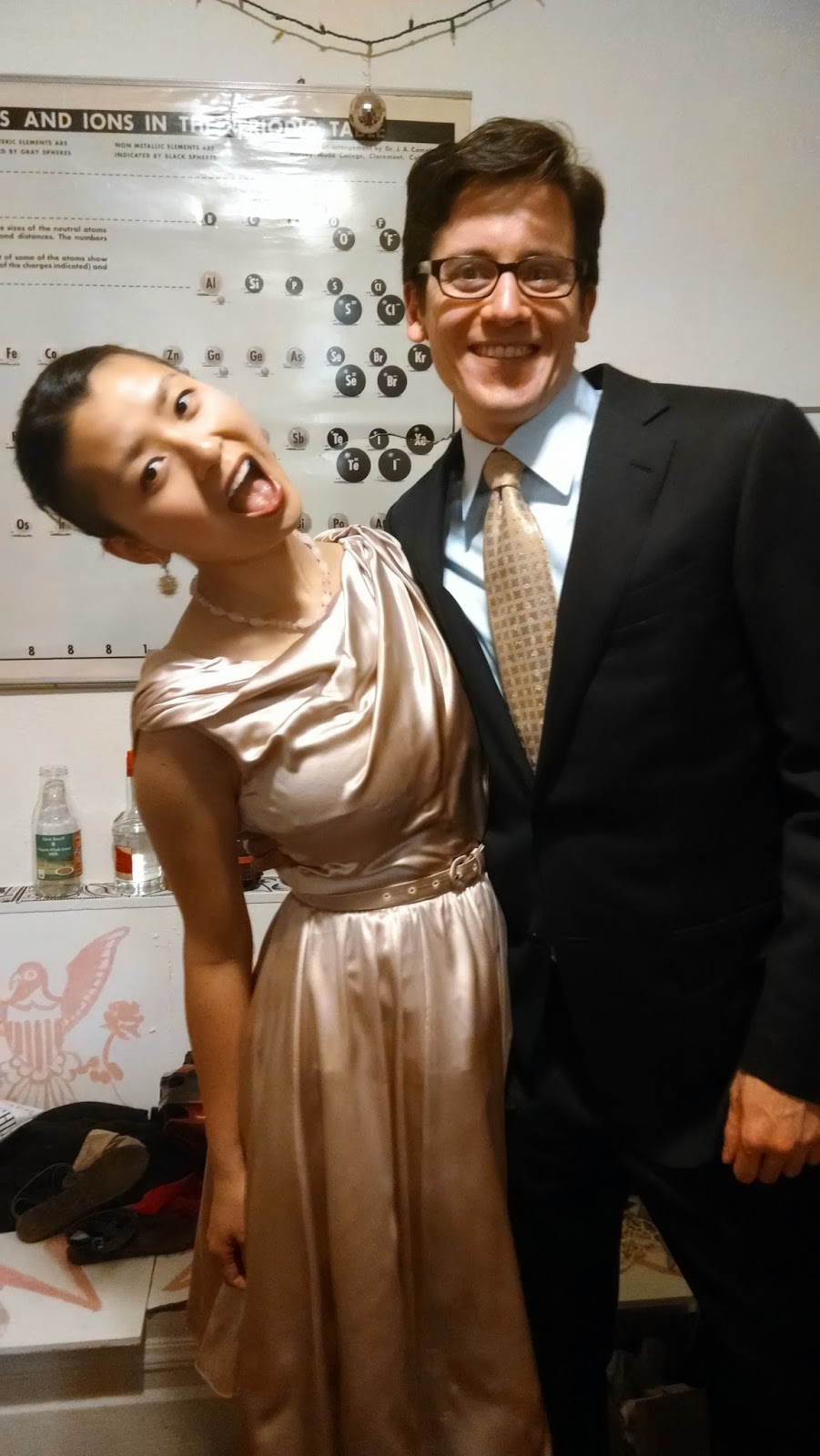 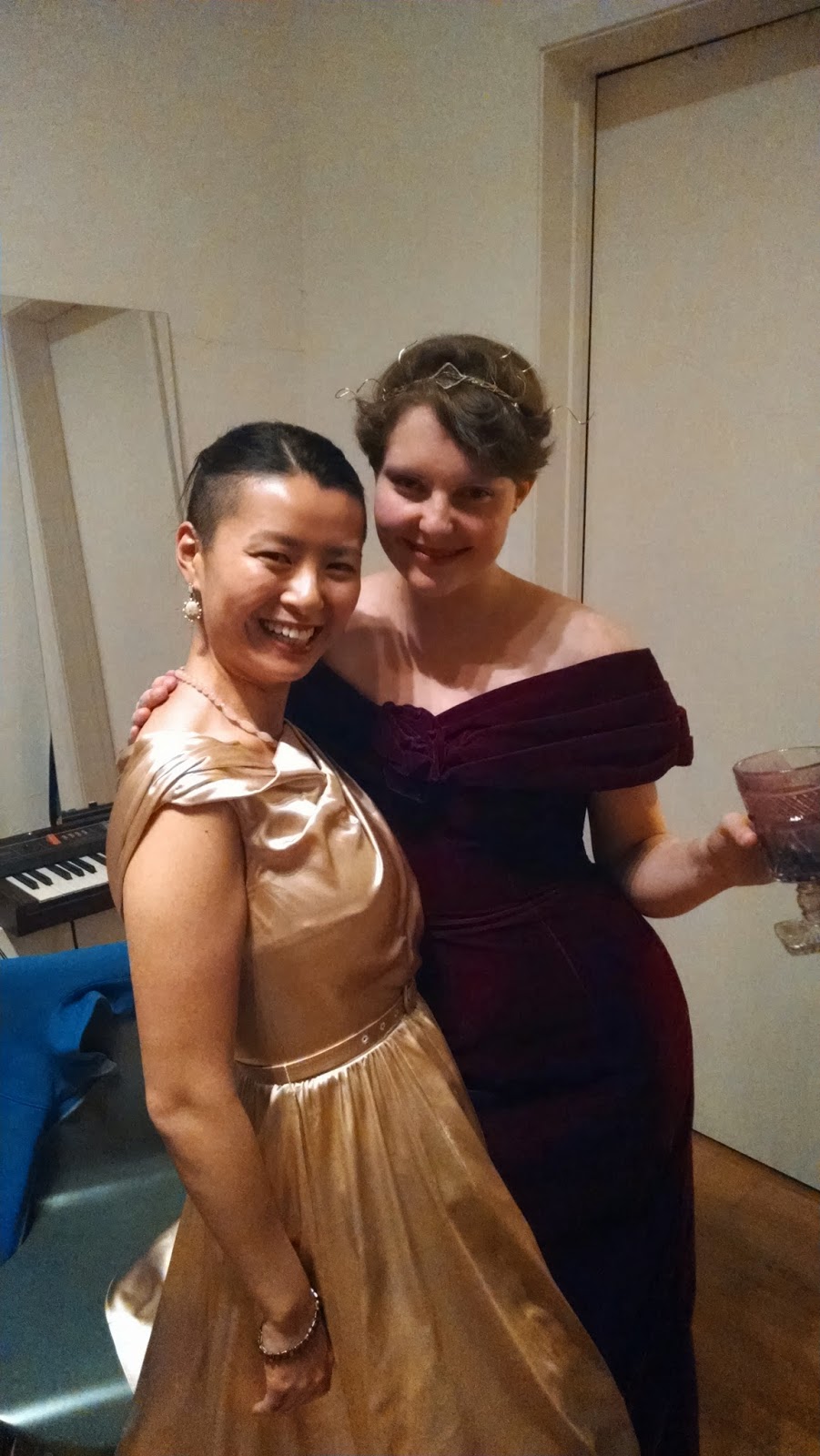 the birthday girl!
Posted by mirthbottle at 4:16 PM No comments:

The Cat I Love You

I watched a bunch of videos by Jackson Galaxy a few days ago.  I learned a lot about cats.  For example, when they blink slowly, that means they like you.  Also, since they really "don't give a rip about pleasing you," your only hope of changing their behavior is through something they do care about, which is food.

He also introduces the concept of Cat Mojo, which is basically cat self-esteem.  In fact, it makes working with cats sound really similar to working with humans, where you get people to cooperate by helping them meet their emotional needs.
Posted by mirthbottle at 12:37 AM No comments:

I made this table today for my report.  The total GHG is the combined Scope 1, 2, and 3 for each company.  All of them reported the Scope 1 and 2 for 2013, but I had to estimate the Scope 3 for Exxon Mobil, Target, and TJX.  Which carbon metric should be used?  Well, if we are comparing between companies in the same sector, it doesn't seem to matter.  Exxon Mobil is always worse than Chevron, Target is always worse than TJX, and Google is always better than Microsoft.  So what does this mean?  Well, I'm not exactly sure.

Posted by mirthbottle at 12:24 AM No comments:

I am reading a paper that describes my perspective on carbon disclosure and accounting.  Usually I struggle with articulating the implications and difficulties of measuring and reporting corporate emissions so I'm pretty excited to have found something that will help me communicate my interests.  In other words, I found some relevant google key words and jargon!

Crucially, the institutionalization of carbon reporting as a form of governance relies on a successful project of ‘commensuration’, defined by Levin and Espeland (2002, p. 121) as ‘the transformation of qualitative relations into quantities on a common metric.’

The carbon market is not a naturally existing entity; the commodification of carbon is a political and institutional project, requiring an extensive legal and bureaucratic infrastructure to define and measure carbon units for various activities and gases, allocate and adjudicate property rights, and to establish rules for trading across national boundaries and different carbon jurisdictions.

Microsoft was always the big bad monopolistic corporation.  It should come as a surprise to no one that Apple is just as bad.