found a list of system dynamics courses of off www.systemdynamics.org. A lot of them use MIT Prof John Sterman's book Business Dynamics: Systems Thinking and Modeling for a Complex World

I think I'll check it out. Right now I'm reading World Dynamics by Jay Forrester. I need to get a CD with the World3 model on it, and also figure out how to do the modeling. I did a little bit, but I don't really understand how to use it.

I also want to check out Beyond Growth, by economist Herman Daly.
Posted by mirthbottle at 2:17 PM No comments:

I just finished this book published in 2004 by Donella Meadows, Dennis Meadows, and Jorgen Randers. It presents findings based on World3, a system dynamics model of world dynamics that projects human welfare and other variables into the future depending on different conditions.

Ch 1 : Overshoot
The concept of overshoot is intuitive and is a very good way to model the impact of human activity on resource limits.

Ch 2 : The Driving Force: Exponential Growth
Human population grows exponentially as does capital. It's interesting to really think about this in terms of what it means for resource use and pollution.

Ch 3 : The Limits: Sources and Sinks
System dynamics vocabulary. Economist Herman Daly is cited. This is actually a lengthy discussion about various resources the earth has and the rates of human usage. The usage of wood is somewhat confusing to me. On the one hand, burning wood releases carbon into the air and also uses up wood. On the other hand, burning wood is considered carbon neutral since the carbon released is the carbon that was put into the wood. On the other hand, I thought wood was an inefficient energy source, which is why we moved to coal and oil. Non-developed places like parts around the Amazon rainforest burn wood, which is bad, but non-developed places also use less energy.

Ch 4 : World3: The Dynamics of Growth in a Finite World
This is a discussion about feedback loops.

Ch 5 : Back from Beyond the Limits: The Ozone Story

Ch 7 : Transitions to a Sustainable System

Ch 8 : Tools for the Transition to Sustainability
Posted by mirthbottle at 6:12 PM No comments:

Made Bread and Butter

Alicia came over and we made butter first and then bread. We used fancy heavy cream instead of heavy whipping cream. We were worried that heavy cream wouldn't get whipped, but it did. Heavy whipping cream includes a thickener. It was magical. We used an electric egg beater and the trick was to turn it on high. After it becomes chunky whipped cream, it slowly starts separating into butter and buttermilk. Alicia had a strainer and a funnel so we would pour the buttermilk back into a bottle and put the whey back in to be beaten more. We started using a wooden spoon to mash it and get all the water out. I had watched that video online about making butter, and I followed its steps. I rinsed the butter with ice water and then after I poured that out, I just added some salt and the butter was done. It was really tasty. I think Rendezvous must make their own butter.

Then we used the buttermilk to make honey buttermilk bread in my bread machine.

It was really fun and delicious.
Posted by mirthbottle at 8:01 AM No comments:

I made chocolate chip cookies, and I also bought Burt's Bees buttermilk lotion, which smells really good and feels good, too. I really like the texture of butter and how it looks. I realized I have no idea what buttermilk is and what butter is made of.

Whipping cream is just cream from milk that is skimmed off the top of fresh milk before homogenizing it. Apparently, you can just keep whipping whipping cream, and after it turned to whipped cream it turns to butter and buttermilk. Whaaat?

How to make butter.

Kinda looks like fun, and actually I think I've made it before when I got a little carried away making whipped cream. I thought it went bad or something.
Posted by mirthbottle at 9:30 AM No comments:

I listened to Obama's health care speech last night, and I thought he made some a very comprehensive reasoning for his ideas.

I'm definitely a lot more excited to learn more about the issue and attend events and possibly throw events at MIT about health care.
Posted by mirthbottle at 8:01 AM No comments:

Math to look into

I was talking to a friend about systems dynamics and he was saying that some math that gets applied to social systems modeling are computational statistics and statistical mechanics. I should get an intro book on them and also look at related grad programs.
Posted by mirthbottle at 7:56 AM No comments:

Smark helped me build my loft this past weekend, and Shen helped me paint. Whooo so classy. 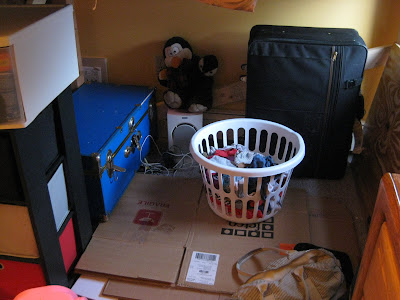 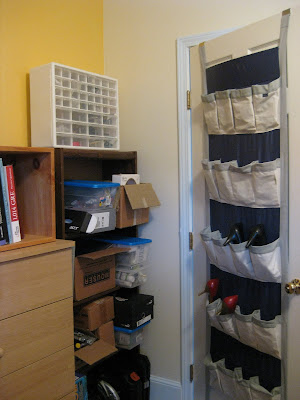 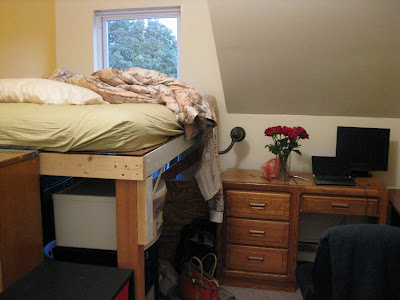 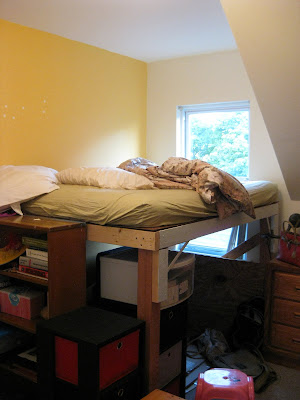 Posted by mirthbottle at 4:00 PM No comments:

Video of Nature Before It's Too Late

New documentary coming out. Looks awesome.
Posted by mirthbottle at 5:26 PM No comments:

There's also this place called Ecology Action that tests out small plots of land for ways to get around less than ideal conditions.

Not sure how this will work out yet. I'll probably get in contact with someone I know that's doing this type of stuff.
Posted by I, Lynnbot at 3:26 PM No comments: