In LA, we stumbled upon Galerie Michael, which sells museum quality work. They had an exhibition of the predecessors of impressionists. Some of them looked really nice, better than a museum collection, but maybe it's just because the museums always have the same few paintings. I think it was interesting to see paintings that are in between two well-known styles, Impressionism and Realism.
Posted by mirthbottle at 4:04 PM No comments:

Ian Bremmer on US China relations

Interesting clip from the Wall Street Journal. Americans are becoming much more knowledgeable about China, but things are also changing fast.

Posted by mirthbottle at 2:09 PM No comments:

What can explain why Chinese developers seem to be bolder with designs? Maybe it is just because they have more money? Maybe there is less liability legally? Maybe they are just in a good mood.
Posted by mirthbottle at 12:41 PM No comments:

her blog is Upcycled Love

Wow! She used to blog here before she started up her own blog!
Posted by mirthbottle at 12:46 PM No comments:

EDN has an interesting article IC Vendors Seek Green Applications
Posted by mirthbottle at 10:23 AM No comments:

The Truth is Out

A Chinese Yale law professor wrote about how she raised her two daughters in a book Battle Hymn of the Tiger Mother. The Wall Street Journal posted an excerpt.

Americans are horrified, and many Chinese people raised this way have come out to denounce the way they were raised. However, given that the vast majority of Chinese Americans were raised this way, I'm surprised there haven't been more supportive comments.

It is somewhat amusing to me to see all the negative comments from American parents because it's like they have no idea how prevalent this is. Plus, those kids are the ones edging out American kids for college, graduate school, club leadership, and jobs.

Being raised this way was certainly hard and depressing. However, as time has passed, I've become much more supportive of how I was raised. At least, I feel like there were some major benefits and there doesn't seem to have been much permanent damage. It hasn't made me chronically depressed, unstable, or robotic. I think it is a major factor in raising people who are independent, self-reliant, and responsible. Even if people still have personality flaws, at least they are generally not a burden to their family or friends. For many people, it seems to have made people less sensitive to criticism and more easily accept that there is room for self-improvement. The truth is that after going through that upbringing, you realize that the biggest obstacle to achieving something is not having thought of a goal yet. If you fundamentally believe that you are capable of achieving anything you want with hard work, then you can be more creative or ambitious with your plans. For me, my upbringing may have made it easier for me to feel like I have control of my destiny. At the time I felt it was a burden to have to always defend my decisions and explain why I wanted to do something, but now it seems like maybe it was good practice because it only gets tougher in "the real world."

I think I'm reacting strongly because many people are complaining about aspects of the harsh parenting style that are really not the worst parts. I don't think it really stifles creativity, makes robots, or stunts social skills. Not going to sleep overs, playing piano, getting all A's, and not watching TV was not a really big deal. Being called "stupid" or "lazy" made me angry sometimes, but even that's not what really got to me. The most frustrating and degrading part is feeling like there is no way to avoid being yelled at. It is especially irritating if I didn't feel like I was given enough time or help to improve. I just felt it was not fair. The other part of my upbringing that was harmful was feeling like my parents did not trust me. I think this lack of trust damaged my self-esteem more than the language. It also made it difficult to trust other people. I don't think that this is a necessary part of being strict. It has taken me a few years to deal with the negative aspects of my upbringing. Now I'm in my twenties and feel more emotionally stable and ambitious than ever, though, so I suppose it has mostly worked out after all.
Posted by mirthbottle at 4:17 PM No comments:

Next week is Energy Futures Week at MIT, and the focus is on energy efficiency this year. I will be trying to go to as many events as possible to learn, network, and get a job.
Posted by mirthbottle at 6:01 PM No comments:

I am planning on going to this Symposium on Economics and Finance : From Theory to Practice To Policy Thursday, January 27 and Friday, January 28.

It is part of the celebration of MIT's 150th year of existence.

I am most interested in:
1.) The Evolution of Economic Science: Macroeconomics, Growth, and Development, featuring panelists Peter Diamond and Robert Solow along with moderator Daron Acemoglu.

Talks about finance will be featured on the second day. I don't know much about finance, but I have a feeling it will be important to learn for environmental policy even though it may not seem relevant right now.
Posted by mirthbottle at 4:41 PM No comments:

Really interesting documentary. Maybe China will be the place to work on environmental policy because of the receptiveness of its politicians and citizens.

Their website at www.RedHotGreenChina.com
Posted by mirthbottle at 1:53 PM No comments:

Some Holiday Cards I drew 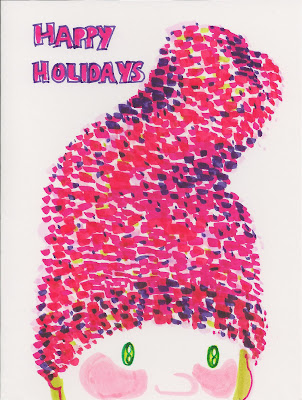 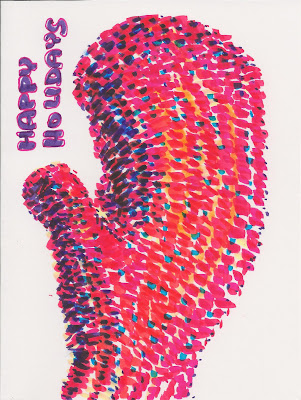 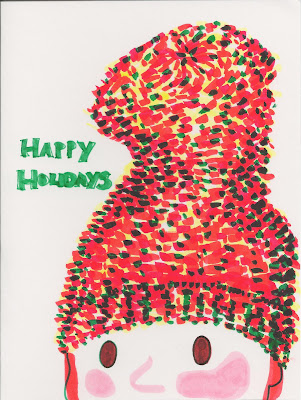 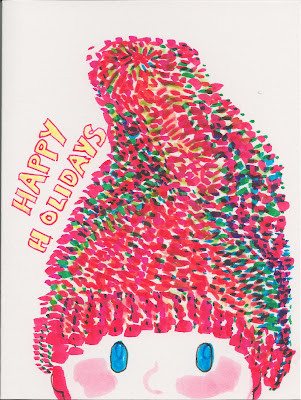 The Autobiography of Yang Ruan

Haha, I wrote this in seventh grade as a part of a poster about myself.

My name is Yang Ruan, and my life began in Shanghai, China, July 3, 1985. I lived my first four years in China, and then came to St. Louis. I am twelve years old, and I'm turning thirteen next year.
I love reading, and my favorite books are "Lisa Light and Dark," "The Westing Game," "The Only Alien on the Planet," and "Silent Storm." One thing I noticed is that in most of the books I read, the main character or one of the main characters are disabled. In "Lisa Light and Dark" Lisa is slowly going crazy and needs help desperately. In "The Only Alien on the Planet" Smitty is a genius, but he doesn't talk or have any expressions. In "The Westing Game" the characters are just weird. In "The Silent Storm" Alyssa is mute. I do not like stories in which the plot is pointless and is about somebody's personal problems.
I also love drawing. I love projects that have to do with art. I like using colored pencils the most. Paint is hard to control, markers are sloppy, crayons have too much wax, and pastels get all over you.
I am not good at many sports. The only sport that I'm good at is ping-pong. The sports that I like but are not very good at are badminton, softball, and kickball.
I love animals of all kinds especially cats, horses, foxes, and rabbits. My favorites are cats because they are slick, graceful, menacing, soft, alert, independent, and intelligent. Many people are adore dogs. I like dogs, but I prefer cats because dogs drool too much and they all over you and they are too loud. I love drawing animals. They look so soft, furry, and just plain cuddly.
My favorite subjects in school are Math, Reading, and Fine Arts. I like playing Equations, which is a math game. I love that game! You do not even have to be good at math to be good at it. My Equations team, the J.E.R.K.s (Junior Educated Radical Kids), have already won two seconds place ribbons, and one third place ribbon. We hope to get a first place trophy someday.
I am a very positive person, and very happy. I don't get put down very easily, and if i"m depressed I usually hide it so nobody can really tell and nobody else will be depressed along with me. Sometimes I am patient, sometimes I am very impatient, but I never try to be someone else. I'm content with the way I am, and I feel that the only thing that I need to change would be my Language grade. 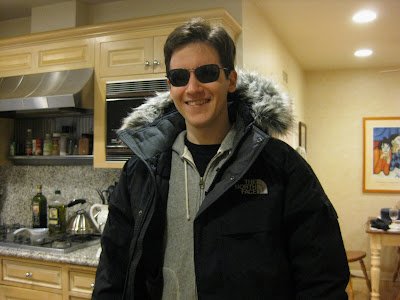 Smark with his new prescription sunglasses 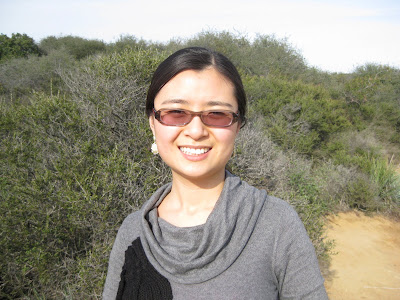 me at Topanga Canyon 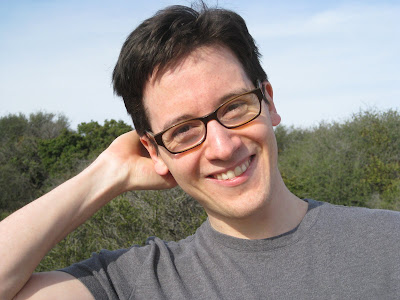 Smark at Topanga canyon
Posted by mirthbottle at 1:57 PM No comments:

I drew a Giant Smark Head 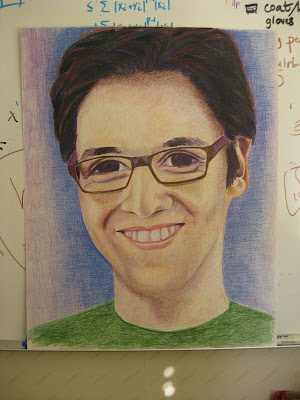 I drew this on vacation in LA and gave it to Smark's parents for Christmas. :)
Posted by mirthbottle at 11:26 AM No comments: